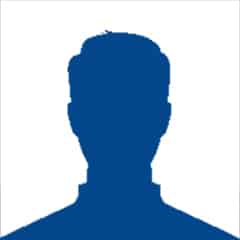 Since 2016, Mr. Sarramegna has been appointed as an expert at the Tribunal de Nouméa and has carried out various appraisals, particularly concerning the mining and industrial site of Vale Nouvelle-Calédonie

Dr. Sébastien Sarramegna has been Director of the Environment Department (annual budget of 10 million USD).

Mr. Sarramegna wrote and implemented the marine environmental monitoring plan (> USD 2 million per year) for the entire study area (40km long and 12km wide). As part of his activities, Mr. Sarramegna was responsible for the overall coordination and scientific and technical supervision of the Baseline Environmental Study and the Environmental and Social Impact Assessment, relating to the terrestrial and marine environments as well as the impacts of the different components of the project on the ecosystems of the Koniambo Project. Mr. Sarramegna coordinated (planning, team management, centralization and data transmission) the monitoring programs and studies of the terrestrial physical environment, as well as terrestrial and freshwater fauna. As part of these regular activities, Mr. Sarramegna ensured the maintenance and control of environmental data banks and was also in charge of the application and compliance with the environmental, health and safety standards required for specific field studies.

All these activities have enabled us to forge and maintain privileged relations with several local and international consultants, the local administrations, but also with the local research organizations through the implementation of several framework collaboration agreements.

Finally, Mr. Sarramegna has developed a breeding and rearing program for the main coral species of the southwestern New Caledonia lagoon.

As part of his activities of expert consultant at EMR, Mr. Sarramegna has conducted hundreds of environmental impact assessment studies and managed numerous projects all around New Caledonia as well as in the Pacific (Tahiti, Wallis and Futuna, Vanuatu, Kiribati).

The main significant projects are :

PhD thesis in Oceanography (population dynamic option) „Impact of marine protected areas on fish populations in the southwest lagoon of New Caledonia » Very honorable mention with the congratulations of the jury.